The big one, along with FF7. I played 7 first, having been gifted it by a friend years back, but actually stopped at the North Cave, went to grind out some Power Boosts and whatnot and just stopped playing. I'll definitely go back and play through it now, having finished 8, 9, and then 10. 7 is the big one, but this one is certainly the other big title that jumps to everybody's minds.

Religion is a big theme in this one, which is quite unusual for an FF game. The Japanese are kind of low key on their faith so for a big organised religion themed one to be made is strange but still.

Also they brought in voice-acting in for almost every dialogue/scene. It's... a mixed bag.

A hotshot blitzball player gets teleported back in time to the future where everything he knew has been smashed up and one religion dominates everything. 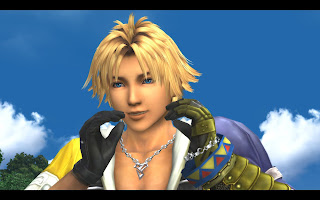 While they are all linear to an extent, this is probably the most obviously linear one pre-FF13. Start in small village and walk in a straight line  a pilgrimage to the holiest site, gain numerous Summons GFs Aeons before acquiring the Final Aeon and defeating the Big Bad. The BB keeps destroying any settlement that gets too large as well. 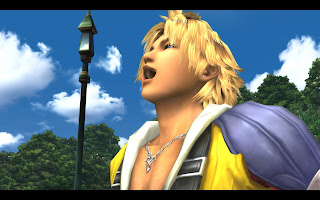 The characters are... different. A lot can be done without voices as the previous 9 games demonstrated well enough, while the addition of voices... adds something anyway. Tidus is another more positive main, though the whiney voice and endlessly memetic lines and scenes take away a bit from him. Yuna too suffers from the voice acting, I read online that her voice actress was trying to make her sound authoritative yet demure yet weak yet strong and this is the result. Wakka... don't get me started. The characters with less lines get away better, Auron, Lulu, Kimahri for gods' sake. I'm not really a Rikku fanboy but her role and voice are probably the only ones that line up besides the three quiet ones. 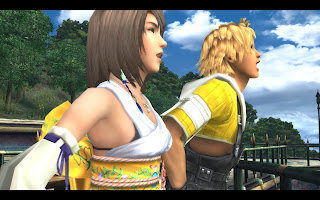 There are some absolute gems in here like the rest of the games. A few shine a bit brighter than the rest but not the greatest soundtrack. There is a 'remastered' version of the soundtrack provided by the Steam release and it's trash. I rarely dismiss an entire thing so easily but that stands. Same with the bizarre FF8 MIDI tracks that required a mod to restore to it's original glory. 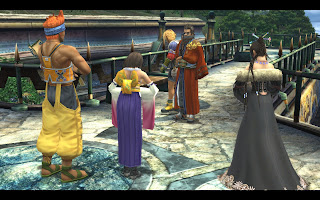 The remaster... honestly doesn't look too much different from the original, maybe it does I'm not a massive graphics person. I was impressed playing through it ten years ago and I still am now. 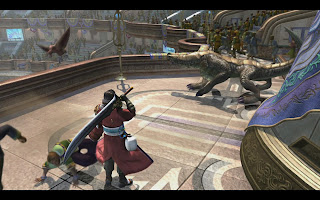 No awkward pixel faces as in the 8 remaster. 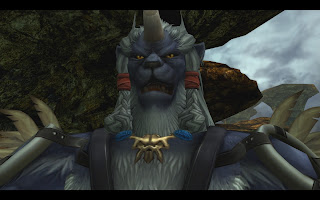 Clunking around with Tidus on the map is almost as bad as Lightning in 13. The soldierly Squall and Cloud had better running animations. There is no overworld so that's kind of a plus and a minus. In this respect it's not much different from the other games really! 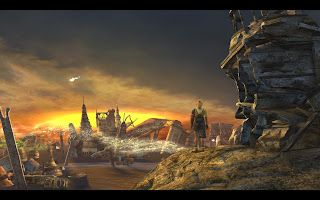 The rock-paper-scissor mechanics for fighting enemies is really addictive, and being able to switch between party members mid-battle to have the right person out for every situation is great. That and being able to give everybody experience in a less tedious fashion. Tidus defeats light, fast enemies, Wakka the fliers, Auron the heavies and Lulu the magical-aspect enemies. Yuna can heal, buff and summon, Rikku has the skillz like Steal and Use (great) while Kimahri suffers a bit as some sort of Red-Blue Mage but you can customise him and all of them as the game goes on. 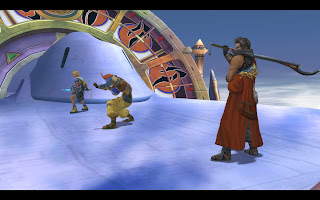 The Sphere Grid is great fun to use. Each character gains points every level and can move around it; it is possible to go on other peoples' paths and turn Yuna into a beefy powerhouse Auron into a mage and so on. I usually just try and get everyone as physical as possible by using Auron-Wakka-Tidus routes and then expand into the Lulu-Yuna side of things to boost up Magic Defence and such to crazy levels. 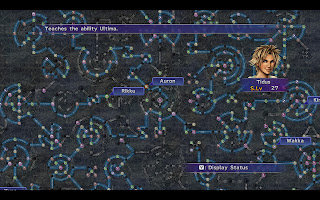 I admit I didn't really play much of these this time... I TRIED to get the Jecht Shot first time and mucked it up, I did get it eventually. I tried to win the mandatory Blitzball match but no joy, despite following all the guides carefully. I did try my hand at the Chocobo Races a few times and it is as random and difficult as they say. 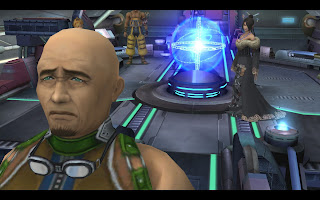 There is also the monster arena capture sidequest, which I completed on the PS2 (bar defeating Nemesis or whatever feck that) but didn't quite follow all the way through this time. Not enough time in the day to spend trying to find randomly spawning Tonberries. Did manage to get the Cactaur King and used him to do the insane levelling via turning your Overdrive meter to 'charges when take damage' then equipping weapons that increase your AP when your Overdrive goes up. There is also the unique weapons' quest which as usual I only did the easiest one - Auron's as below. I may have got Rikku's as well but the others are for another time. 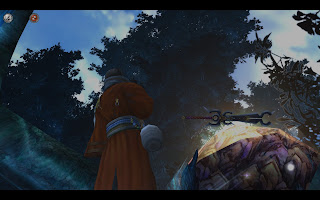 I played this in August to death so my immediate memories are a bit fuzzy of the experience. It was nice to play it again after what was probably a five year or so hiatus since the last playthrough. Still a grand game but the inherently depressing story and setting (The Spiral of Death) put it behind the others. 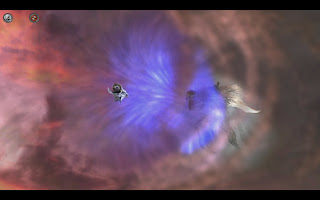 Probably the only person in the world semi-ironically blogging like this now. Maybe not.

Job is going well. Will stick it out for another good while.

Single for two months and it's not... the best but better than alternative.

No Warpcon for the first time since 2014.

Still running on Fridays and cycling where possible. Lifting weights but have no upper body aspirations all is well.

Itazon soon. Will probably play *less* games they just don't agree with me but may eat my words.  Saturday pass might do it.

Second Masters (the redeemer) going well, very well. A postgrad all about war and strategy? That's not for you Eoghan! Psh!

We have to move out by April so trying to figure that out.

Drive by June. Not a drive by in June but have theory test done around June-ish.

Will buy printing paper and start THE GREAT WORK so here's hoping it's workable. 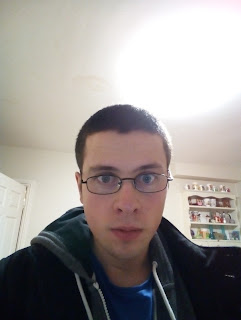 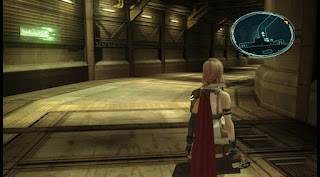